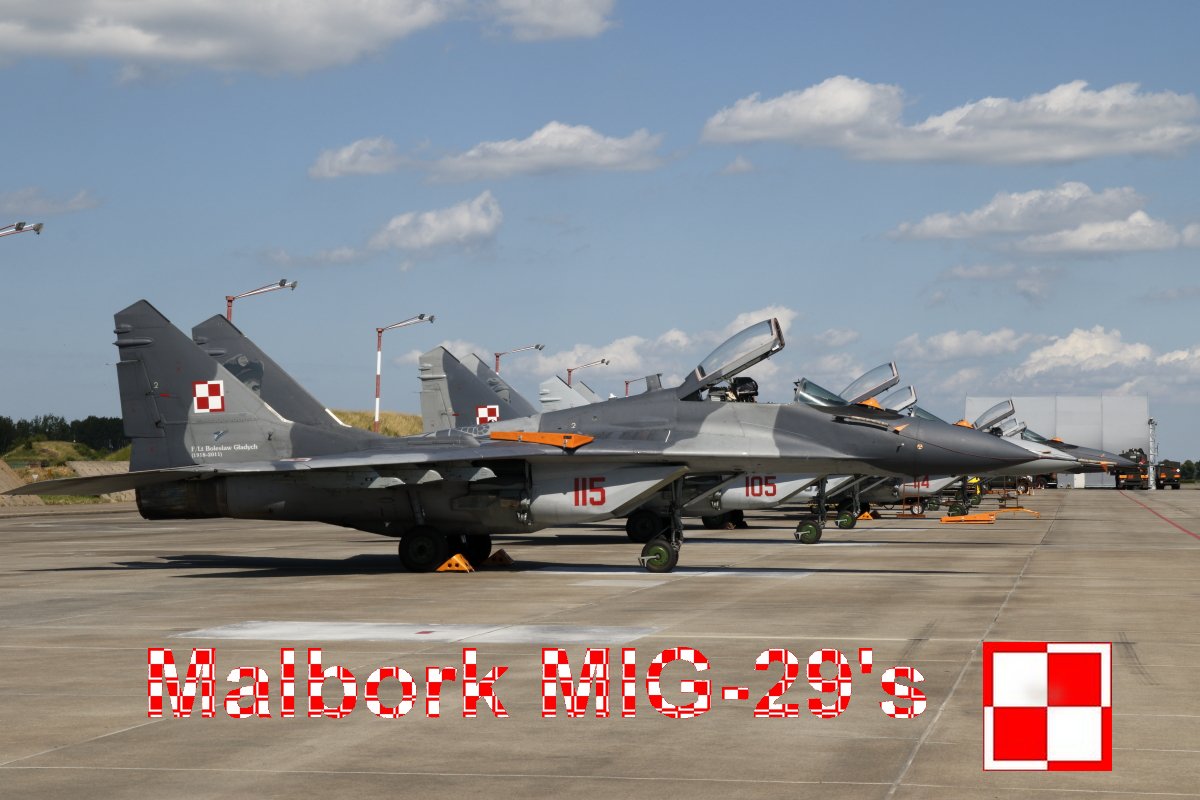 Malbork Air Base designated 22nd Air Base (22 Baza Lotnicza – 22 BLot) is situated in northern Poland and is the home of the 41st Tactical Air Squadron (41 Eskadra Lotnictwa Taktycznego – 41 elt).
From the Cold War days of 1952 till 2001 the unit was known as Pułk Lotnictwa Myśliwskiego (41 PLM) and were operating the MiG-21. By 1999 when Poland joined NATO, the organisation of the military had to adapt to meet the new challenges. In 2001, when the 41.elt was first established at Malbork, the 41st Fighter Regiment was divided into two units, the 22nd Air Base and the 41st Tactical Air Squadron who now fly the Mikoyan-Gurevich MiG-29 ‘Fulcrum’.
The MiG-29A was designed in the 1970s and was equipped with two Klimov RD-33 engines that give it a maximum speed of Mach 2.25 and a maximum range of 1,300 miles (2,100km). It has retractable intake screens and strengthened landing gear to give the Fulcrum a rough-field capability, allowing it to operate from roads or unprepared airstrips.

Poland is the biggest NATO MiG-29 user. The first 12 MiG-29 Fulcrum-A (nine MiG-29 single-seat and three MiG-29UB two-seat trainers) were delivered to Poland between 1989 and 1990. These aircraft were based at Mińsk Mazowiecki and initially flown by the 1st Fighter Aviation Regiment before they became the 1st Tactical Squadron (1 elt) in 2001. Ten more aircraft (nine MiG-29 and one MiG-29UB) were acquired from the Czech Republic in 1995. The first four MiG-29’s entered service at Malbork on June 7, 2005 and were initially utilised for crew conversion training before the squadron became fully operational. 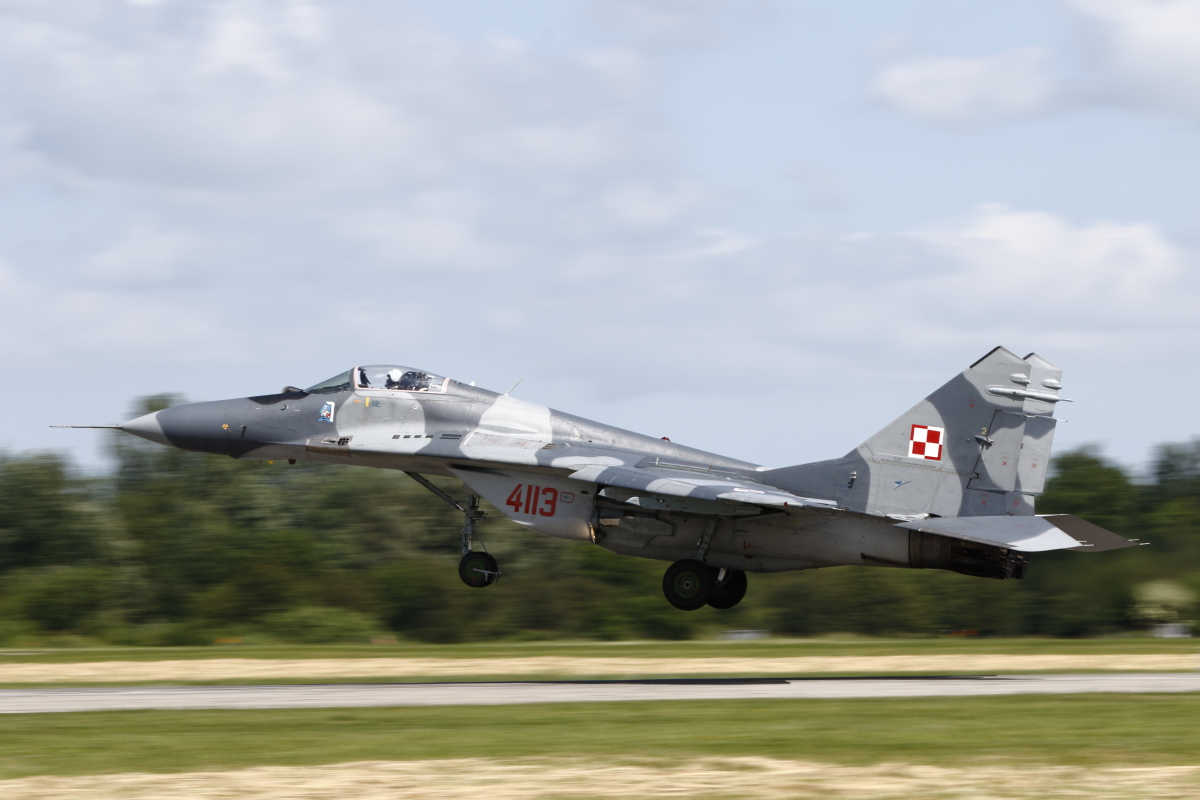 In June I was invited by 4Aviation to join a short trip to Malbork and Swidwin. Of course it didn’t take me very long to say yes! On the morning of Monday 19th of June we were welcomed at the gate of Malbork by our contact person and he had good news. There would be a lot of flying! In the meanwhile, we had learned that due to runway repairs at their home base, 11 MiG-29s from Miñsk Mazowiecki would deploy to Malbork airbase for a stay until August. A nice surprise indeed!

As the first activities could already be seen at the flightline of 41. Eskadra Lotnictwa Taktycznego (41.elt), we headed out for a spot close to rotation point to photograph the first take-offs of the day. The return of the mission was photographed near touchdown point at the beginning of the runway. With all MiG-29s returned to base we decided to take some pictures at the flight line before the afternoon mission began.

On Tuesday 20th of June we returned to Malbork, due to cancellation of our intended visit to Swidwin. Since the SU-22’s there had a non flying day, we once again welcome at Malbork! We started out at the flight line, capturing the start-up and taxiing out of the aircraft. After that, we waited for the aircraft to return, enabling us to get some taxi shots. After discussing with the group, we decided that we would like to take some shots of the MiG-29s with braking chutes deployed, so for the final missions of the day we headed to the end of the runway where we awaited the aircraft to come back. 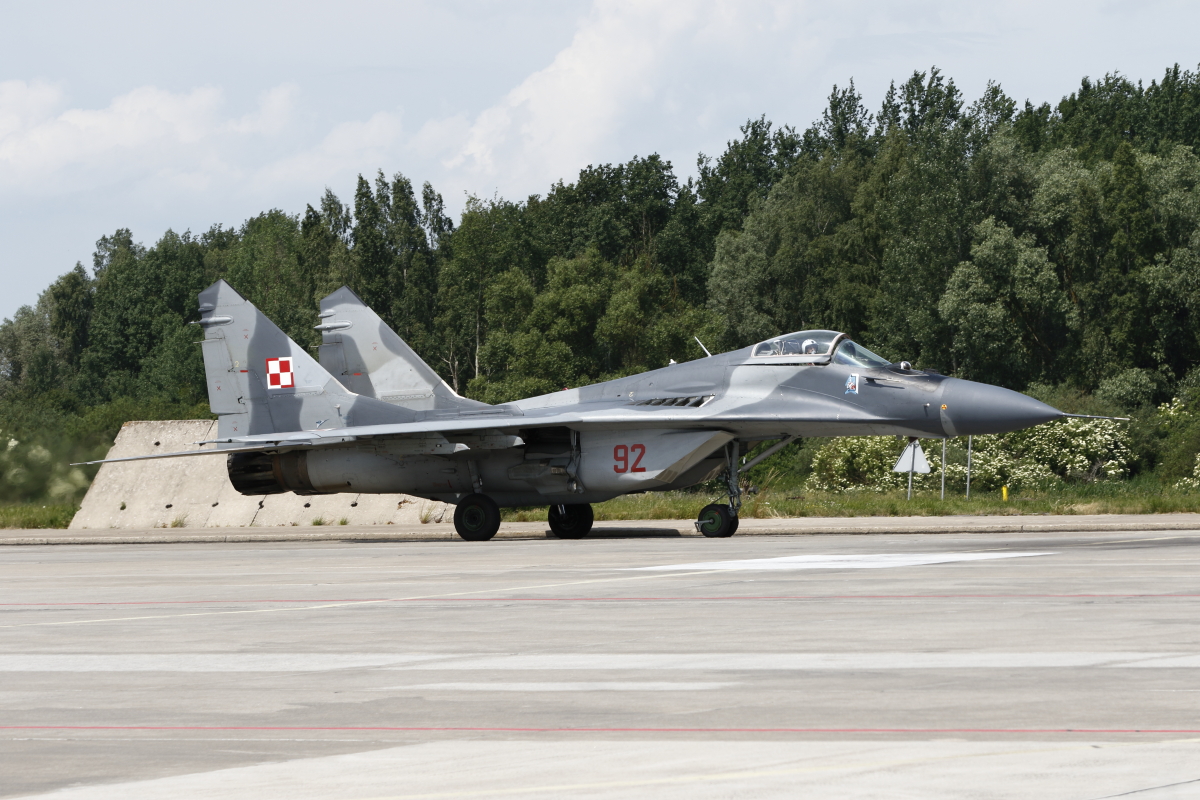 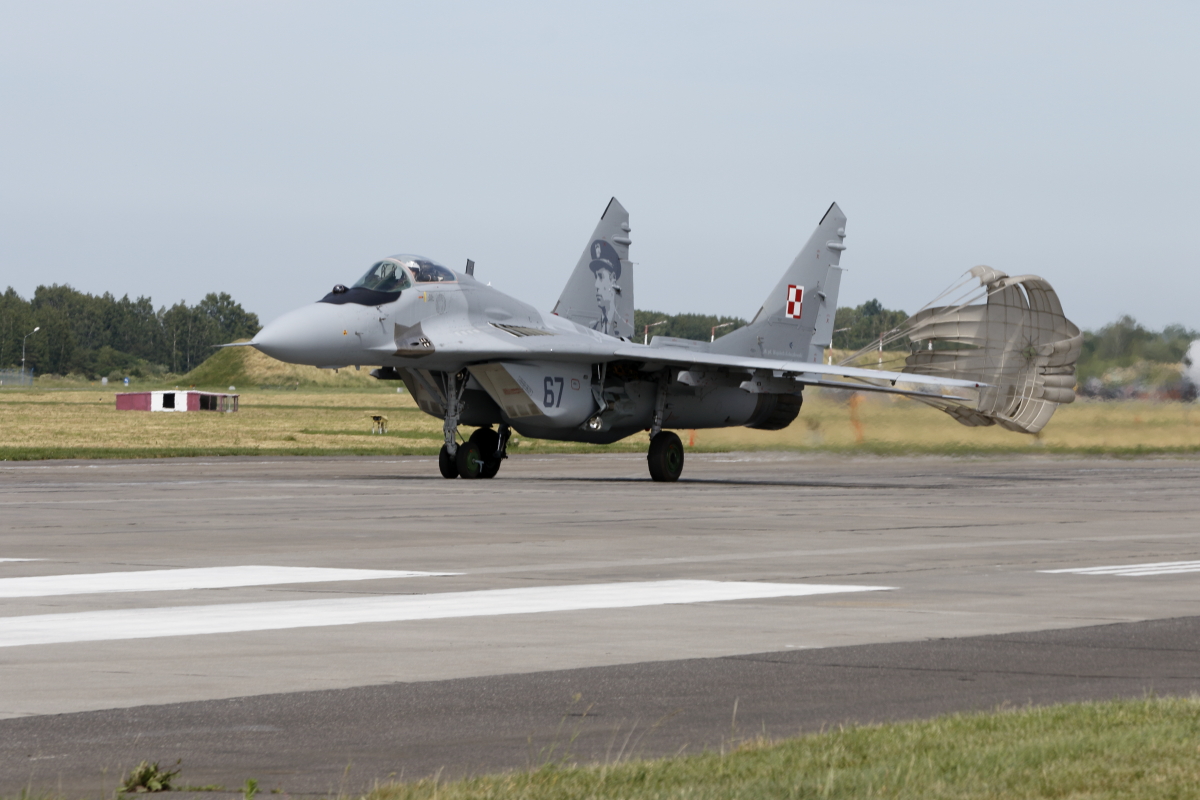