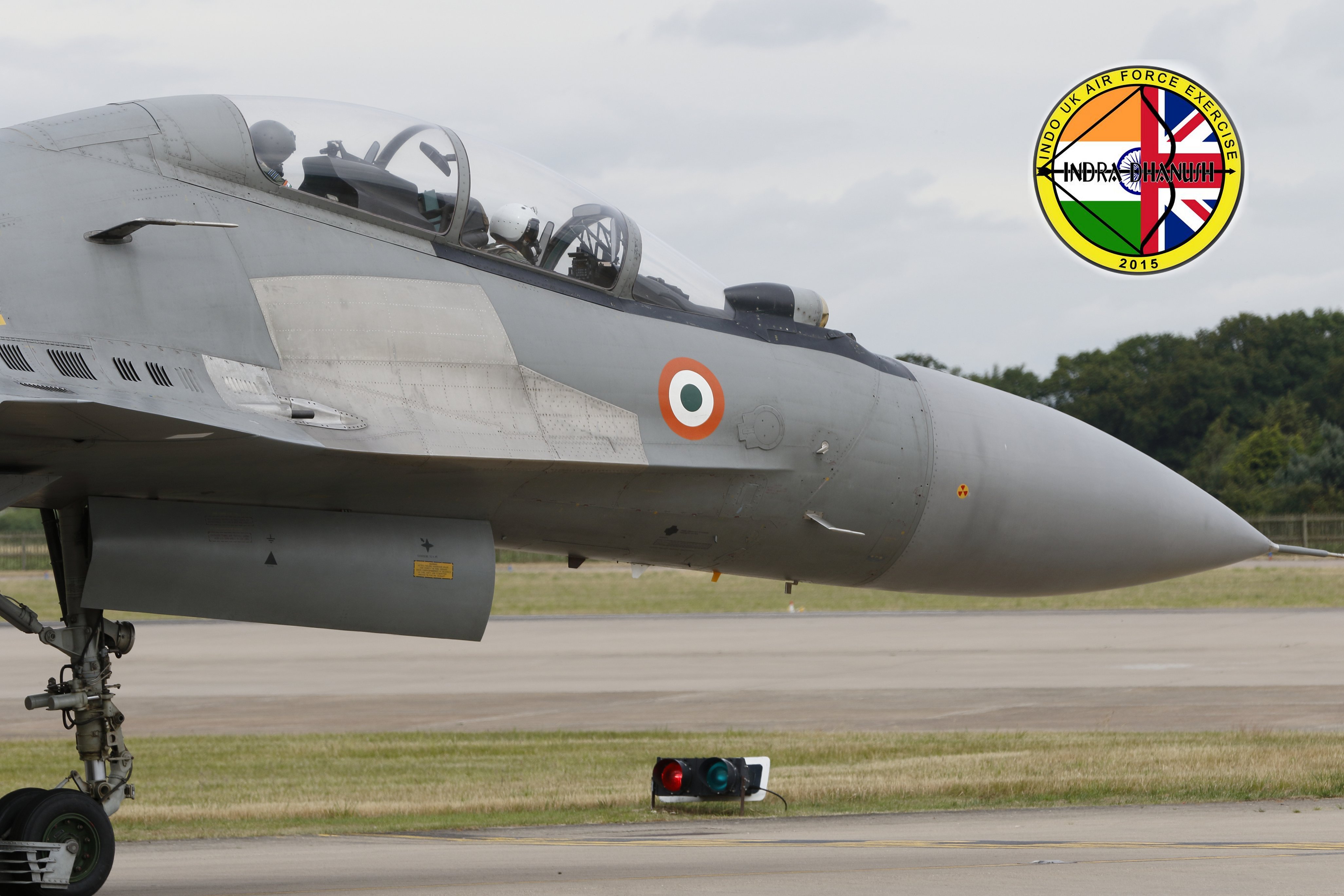 Indian SU-30MKI crew waiting for clearance for take off

In July 2015 between 20-31st of this mixed-weather month, the Indian Air Force’s 2 Squadron ‘Winged Arrows’ deployed four Su-30MKIs from 11 Wing at Tezpur AFS in Northern India to operate with the RAF’s Typhoon FGR4s of No 3(F) Squadron out of RAF Coningsby, Lincolnshire. The exercise called Indradhanush (=Rainbow) was designed to reinforce the strategic relationship between the UK and India and enhance the mutual operational understanding between the two air forces. Intensive flying operations from both IAF and RAF against each other was major highlight of the exercise.

Indradhanush 2015 was the fourth iteration of the exercise, with the British and Indians taking it in turns to visit each other’s shores. The last time the Indians deployed to the U.K. was at Waddington in 2007.

The ultimate aim of every exercise is to mitigate the potential threats and Indradhanush is no exception in that regard. RAF’s Typhoon has physical characteristics similar to Chinese J-10 (Canards, Delta Wings) while IAF’s SU-30MKI is undoubtedly the most advanced version of Russian Flanker fighters sans SU-35. The Su-30MKI is a multirole Flanker variant fitted with both canard forewings and thrust-vectoring nozzles which have further improved its agility.

Unlike with their previous deployment to the UK in 2007, the Indian Sukhois were this time permitted to use their maximum potential, including the thrust-vectoring of the Lyulka AL-31FP engines. For RAF pilots, this was something new and exciting and they witnessed the employment of Russian thrust vectoring technology in both complex beyond visual range (BVR)  and within visual range (WVR) scenarios. 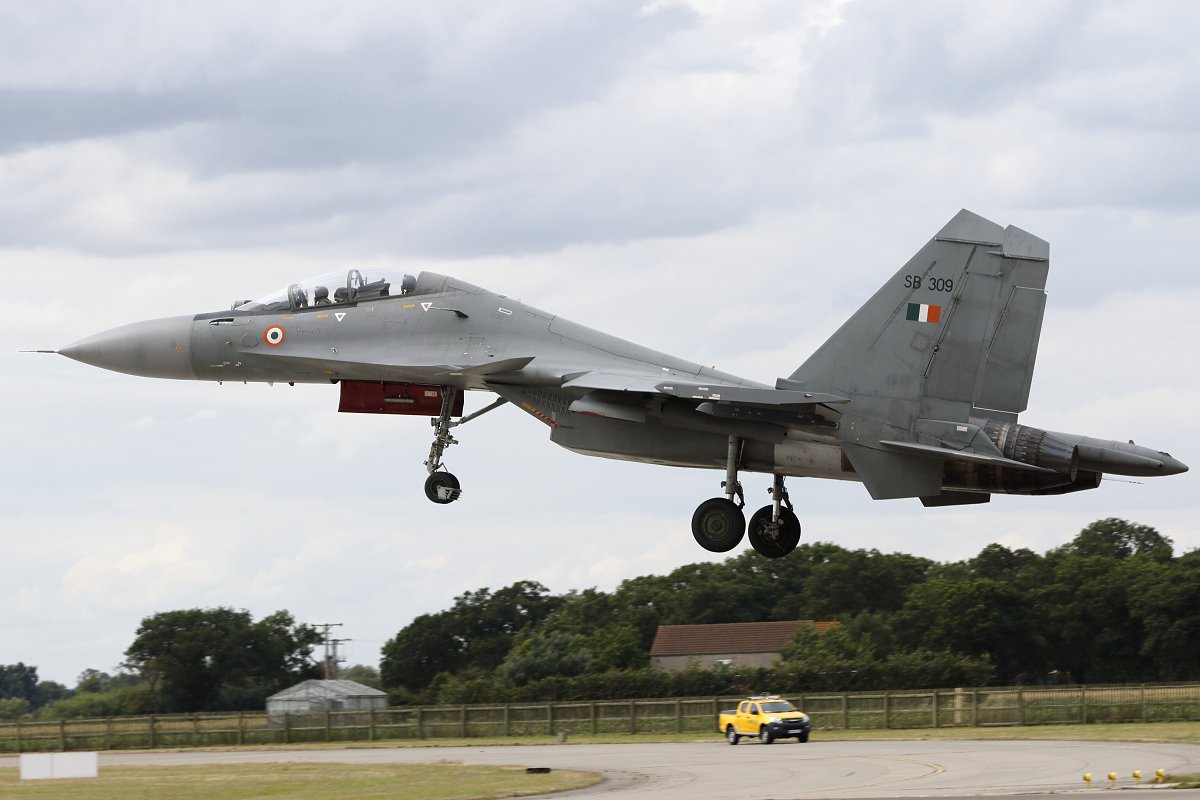 The Indian Air Force Commander claimed that his contingent scored a clear victory against the RAF Typhoons in a series of aerial dogfight scenarios. The Su30-MKIs beat the Typhoons with a 12-0 score during Indradhanush 2015. The British dismissed this as ‘clouded recollection’. What really happened, we will never know and do we really need to? Both learnt a great deal from the exercise and the RAF looks forward to the next opportunity to train alongside the IAF.