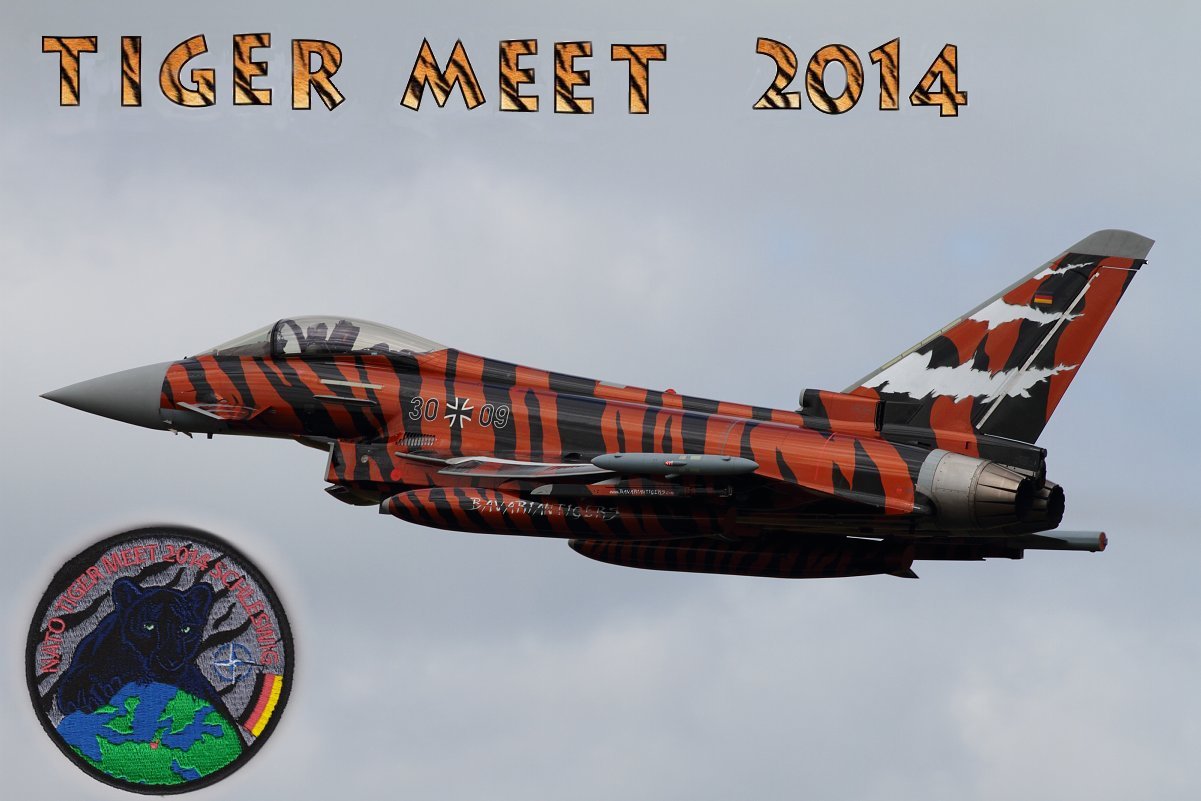 From June 16th – 27th the NATO Tiger Association was sharpening its claws during Tiger meet 2014. Taktisches Luftwaffengeschwader 51 (TakLwG 51) at Schleswig Jagel airbase, not so far from the German-Danish border was host to this large scale exercise. TakLwG 51 had previously been known as Aufklärungsgeschwader (AKG or reconaissance squadron) 51, until 1 October 2013 when all Luftwaffe units were renamed. The unit has a dual role in the Luftwaffe and performs reconnaissance and SEAD (Suppression of Enemy Air Defence) tasks. Therefore the unit operates both the IDS (Interdiction Strike) and ECR (Electronic Combat and Reconnaissance) versions of the Tornado.

The last time the tiger roar could be heard over the skies of Schleswig Jagel was in September 2004. That year the exercise took place under weather conditions that were far better than this year. During most of the two weeks  the event was not blessed with good weather and even during the first spotterday, missions had to be cancelled due to strong winds over the north sea.

NATO Tiger Meet (NTM) is a two-week multi-national mid-size exercise that includes all types of air-to-air and air-to-ground and a wide variety of support missions, comprising CSAR and large COMAOs (Composite Air Operations). A typical Tiger Meet flying program consists of various missions including range firing, air-to-air, low level navigation and combined air operations, with a view to sharing technical know-how and experience. Tiger Meet 2014 followed the same pattern as recent years with participating units arriving on Monday of the first week, flying two daytime missions on working days until the Thursday of the second week, when flying stopped for the prize giving and various social events, followed by departures the next day.

During Tiger Meet 2014, two spotters’ days were organised. The first one on June 19th was plagued by the weather which resulted in fewer aircraft than planned taking part in the missions. On the second spotter’s day (June 23rd) which I attended, the weather was slightly better, but still very challenging for taking pictures, due to strong winds, cloudy skies and low temperatures. However, at the end of the morning the clouds more and more gave way to the sun and we had some nice take offs with sunshine. 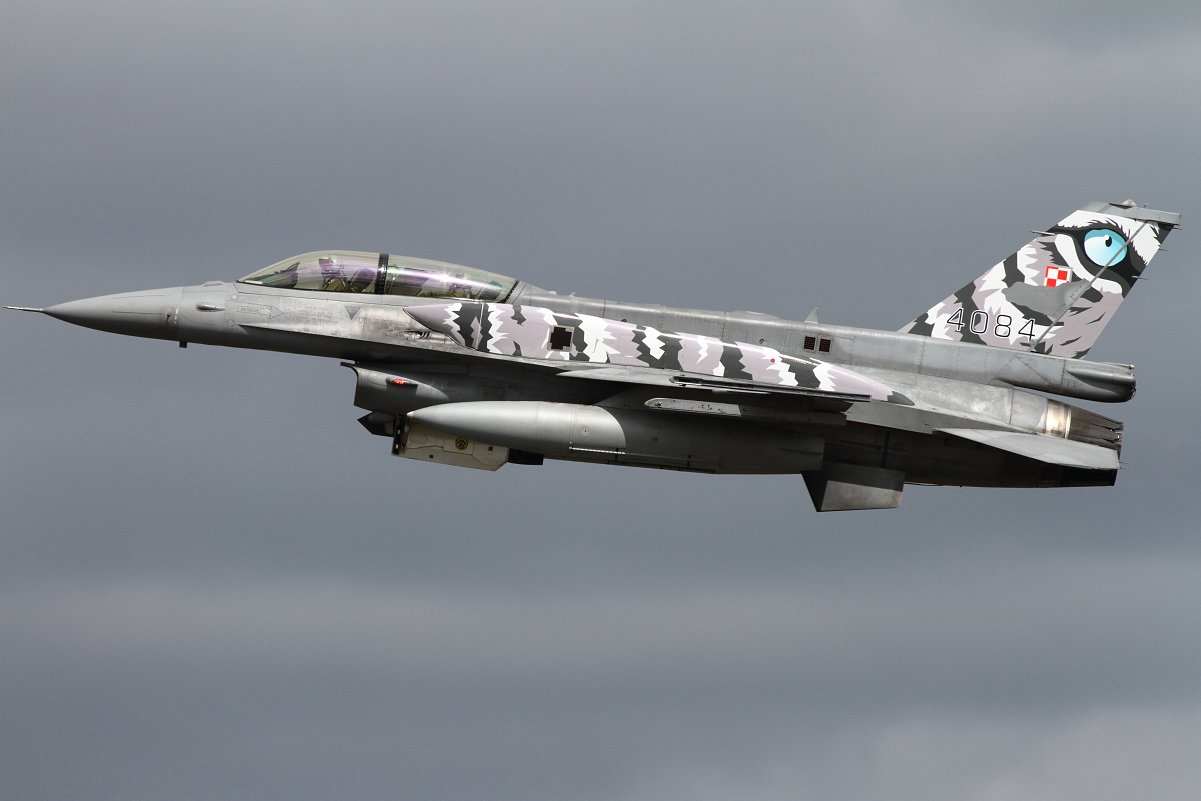 After the mission most of the special-schemed aircraft, as well as the ‘regular’ ones, taxied past the spotters’ enclosure, providing an excellent opportunity to view and photograph the aircraft and the tiger artwork. 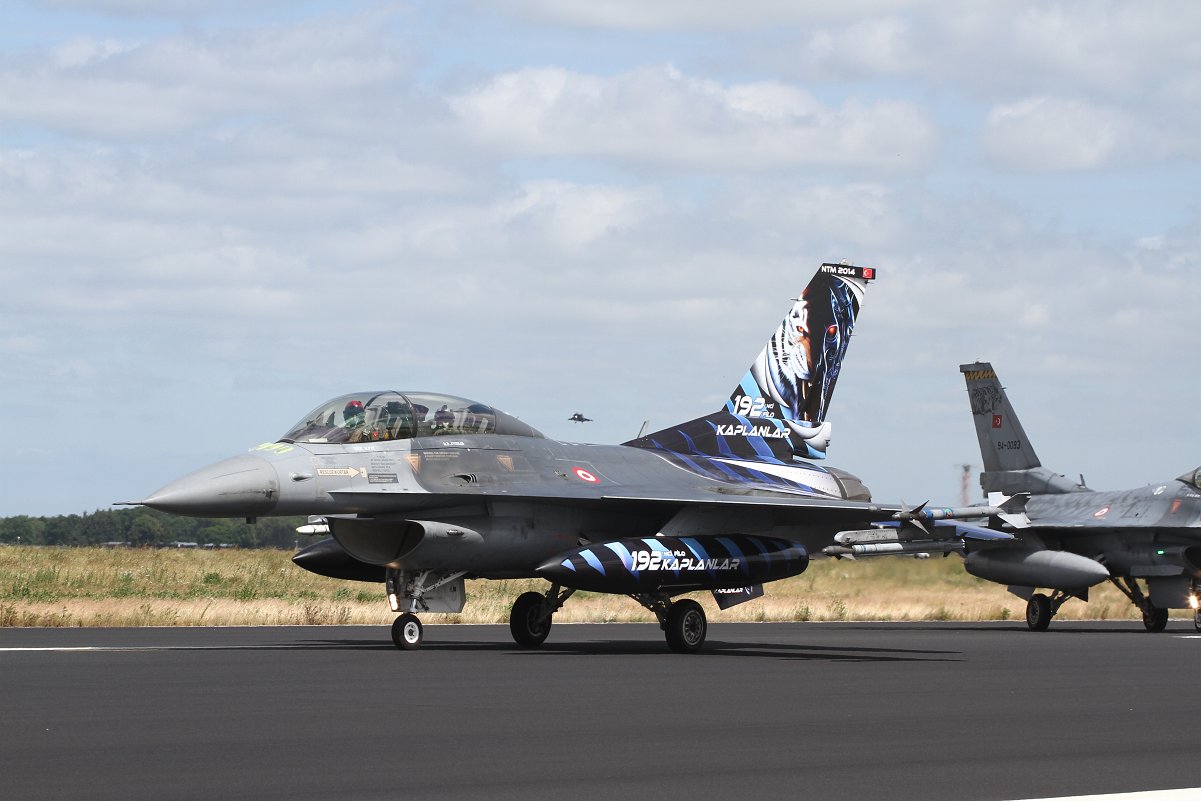 As usual during a tiger meet, virtually every squadron brought a specially-painted aircraft, a few of which had been seen before but most were new for this year. The Bavarian Tigers, (741 and 742 squadrons) of the Taktisches Luftwaffe Geschwader 74 in Neuburg, that took over the Tiger Spirit from the 321 Squadron / Jagdbombergeschwader 32, celebrated the attendance to the Tiger Meet 2014 with an awesome tiger outfit on Eurofighter 30+09.  In my opinion, the justified  winner of the award for the best paint scheme. 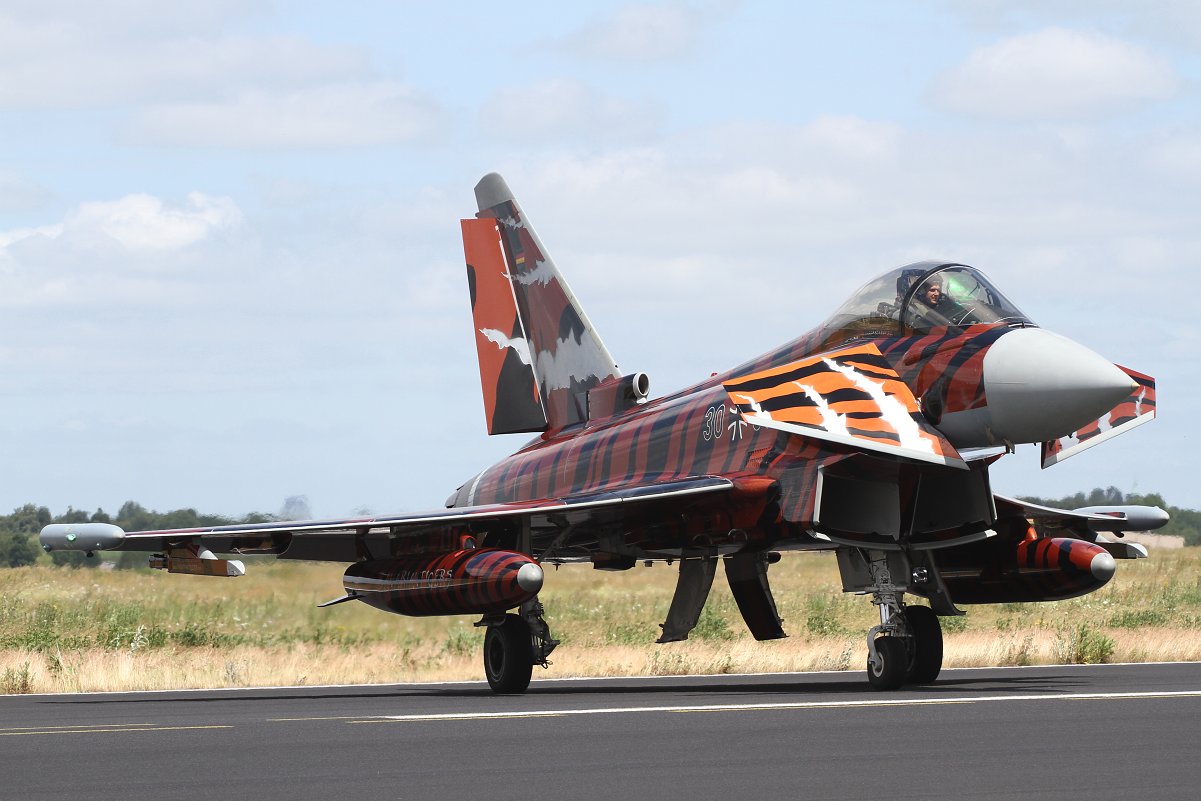 Probably the coolest Tiger on the block during the NATO Tiger Meet 2014, the German Air Force EF2000 in a stunning paint scheme.

After all aircraft had returned to base, I left the spottersday to find a spot for making shots of the afternoon recovery. Again the weather offered challenging conditions: sun and clouds followed each other rapidly. However I was lucky to see most aircraft returning with sun and in good light conditions. 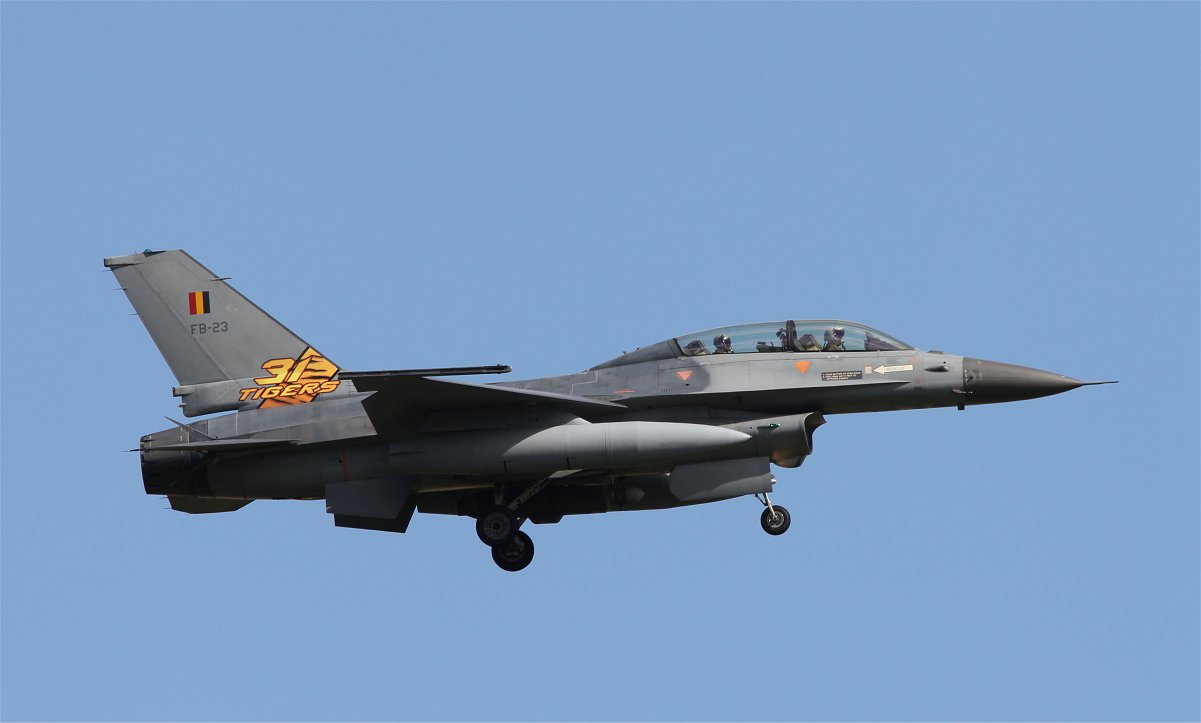 Belgian F-16B returning at the end of the afternoon

The next day (thuesday June 24th) the weather was not very promissing: dark and grey skies and very chilly. But during the morning the light became slightly better. 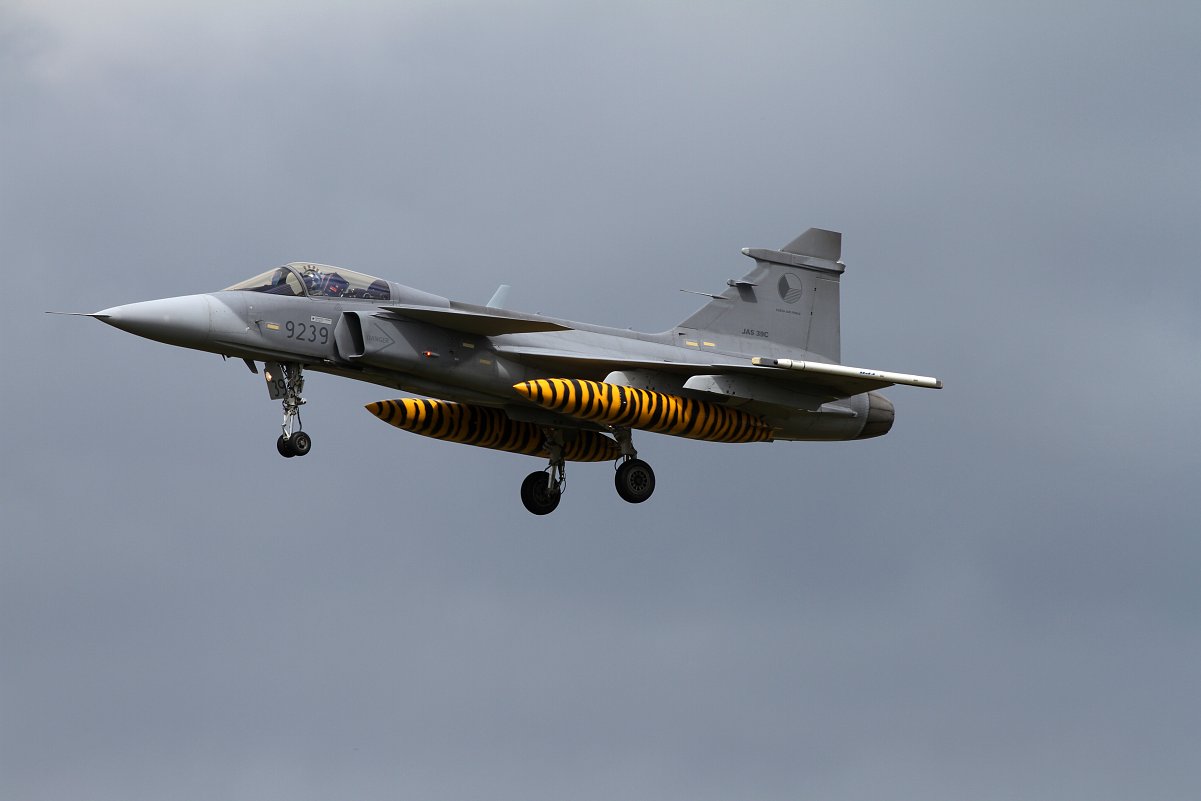 All in all, over fifty fighter aircraft participated  in Tiger Meet 2014:

As every year and in the tradition of the Nato Tiger Meet,  Tiger awards were handed out to the winners of the Tiger Games, for Best Dress, Best Skit, Painted Tail and Best Flying. Also the Silver Tiger was handed out.  The winners of this year’s edition are:

The next Tiger Meet  is scheduled to be hosted by 192 Filo of the Turkish Air Force at Konya Air Force Base in May 2015. This should at least guarantee some warmth and sunshine and will therefore  make a pleasant change from the last three years which have seen a lot of rain and low temperatures.