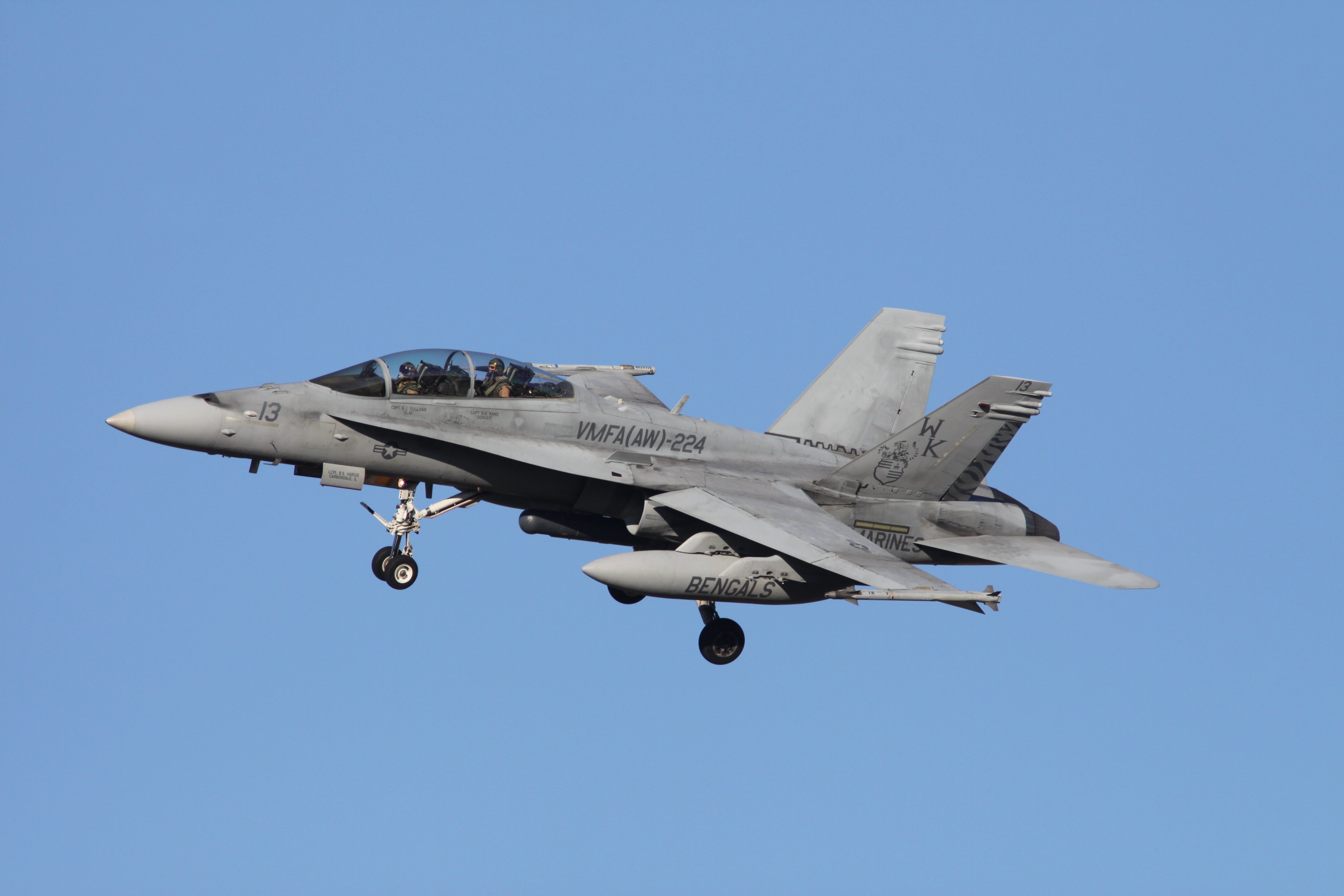 In October 2011 me and a comrade took off for a one week trip to the Western part of the USA, to visit  El Centro, Fallon, Nellis, Williams Gateway and Yuma. On this page you will find a selection of pictures I took at El Centro and Fallon.

El Centro, situated in southern California, close to the Mexican border, is a naval air facility (NAF) where US Navy and Marines units practise from time to time.  Having no tactical aircraft assigned, NAF El Centro’s role is to support readiness training by the Navy and its allies. NAF El Centro has two operating runways. The east/west runway handles 95 percent of the traffic. It is equipped with an optical landing system at each approach end as well as lighted carrier flight deck landing areas at both ends so pilots can simulate carrier landings.

Apart from “touch and go” landings and take-offs, aircrews use the many ranges at NAF El Centro to develop their skills. A remote-controlled target area allows naval aviators and flight officers to practice ordnance delivery. The desert range is used for air-to-ground bombing, rocket firing, strafing, dummy drops and mobile land target training.

NAF El Centro is also the winter home of the Navy’s famous demonstration team Blue Angels, who with their F-18 Hornets change their base at Pensacola Florida, for El Centro every year for winter training. 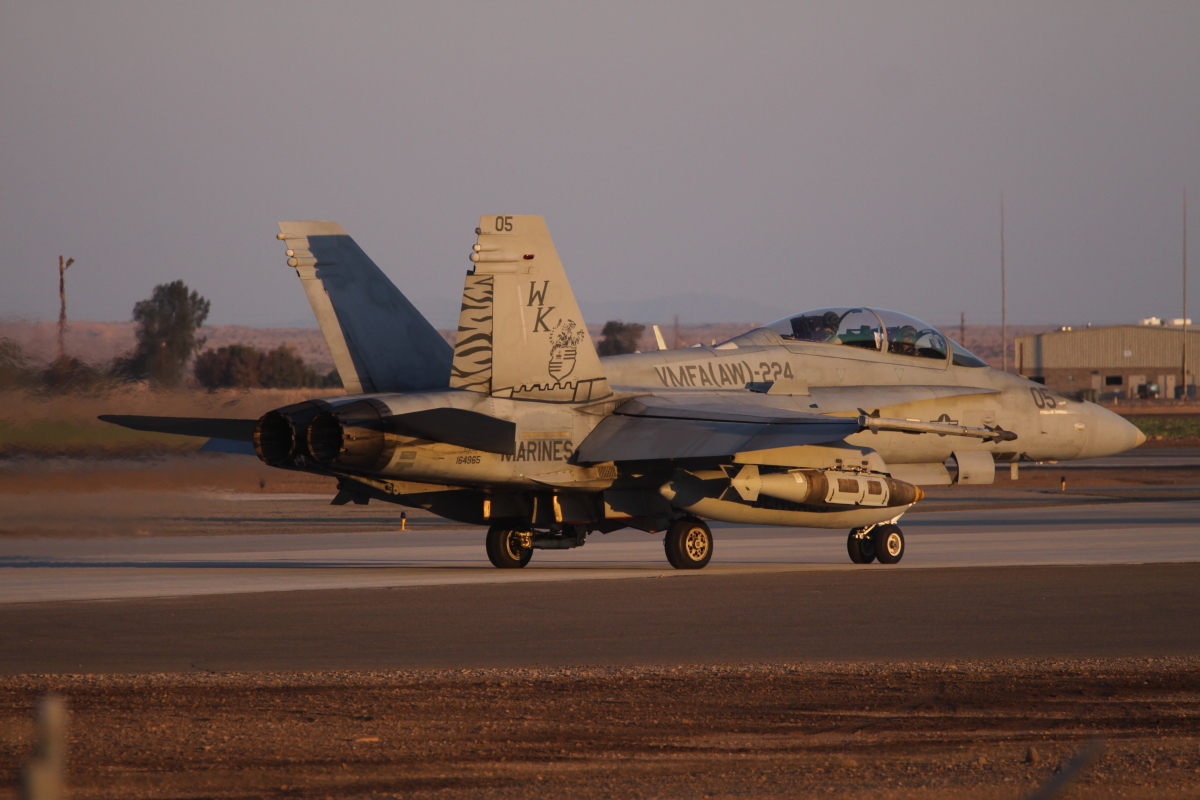 It is not uncommon for F-18s from nearby Marine Corps Air Station Miramar for instance, to drop into El Centro for “gas’n’goes”, but our arrival  offered more exotic visitors: the Bengals of VMFA (All Weather) 224 from MCAS Beaufort, South Carolina, were on a deployment with their F-18D’s, together with a bunch of T-45A Goshawks of Kingsville, Texas (the latter not that exotic for El Centro by the way). 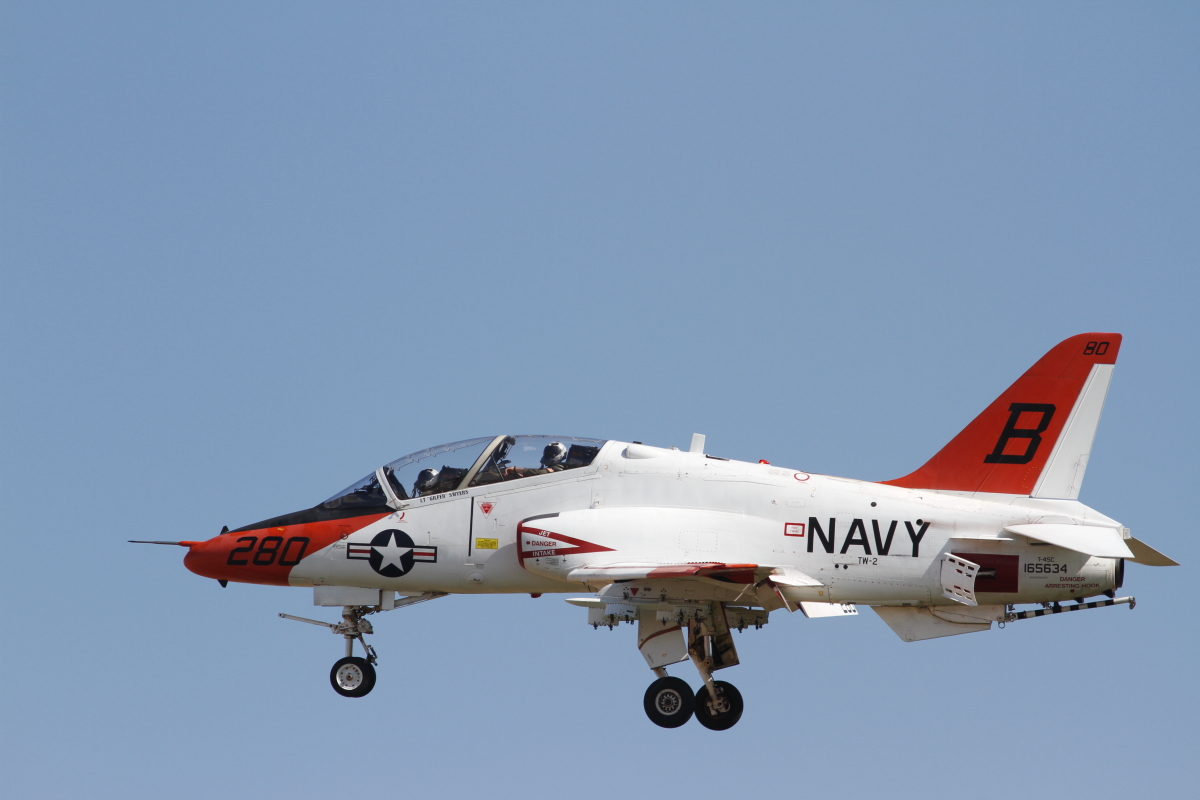 Additionally some other visitors showed up and made for a great day! 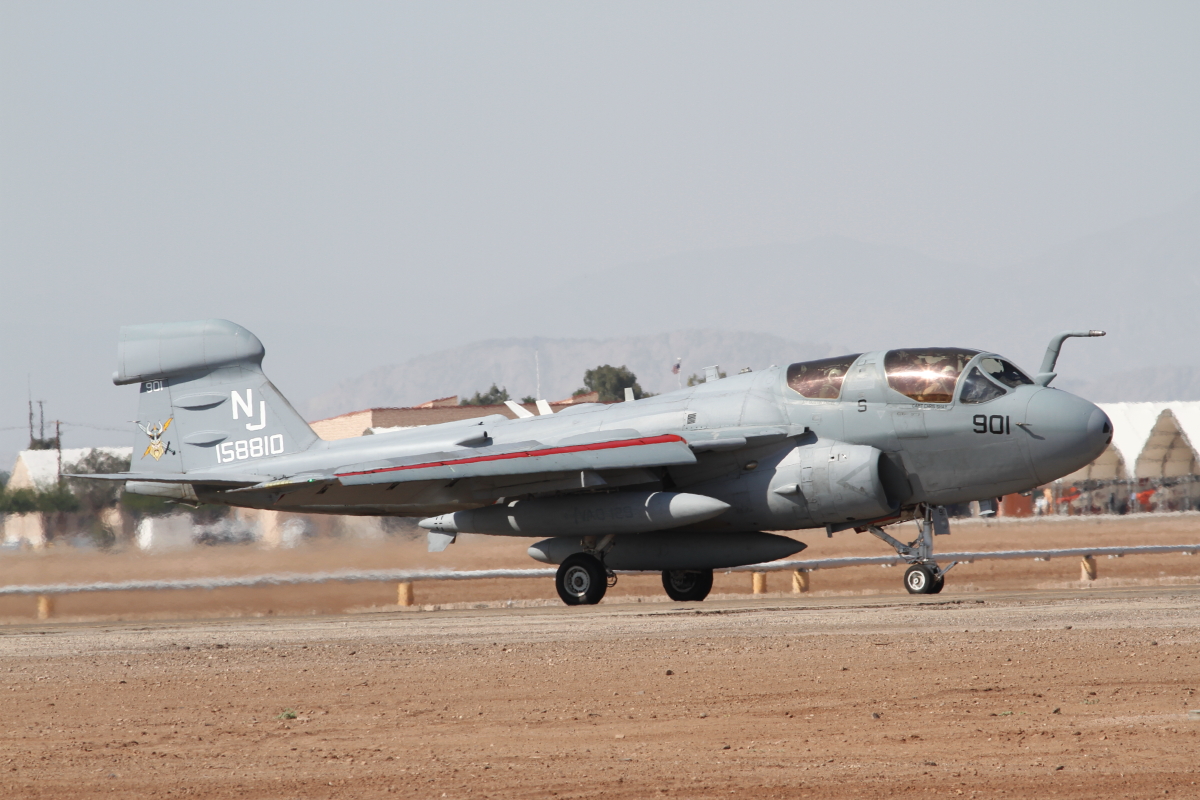 Other main goal  of this trip was NAS Fallon in the northern part of Nevada. Home to the Fighting Saints of VFC-13, with their F-5E/F Tiger II aircraft and NSAWC (Naval Strike Air Warfare Center) flying different variants of the F-18, NAS Fallon serves as the Navy’s premier tactical air warfare training center and since 1996, it has been home to the Naval Fighter Weapons School (TOPGUN). 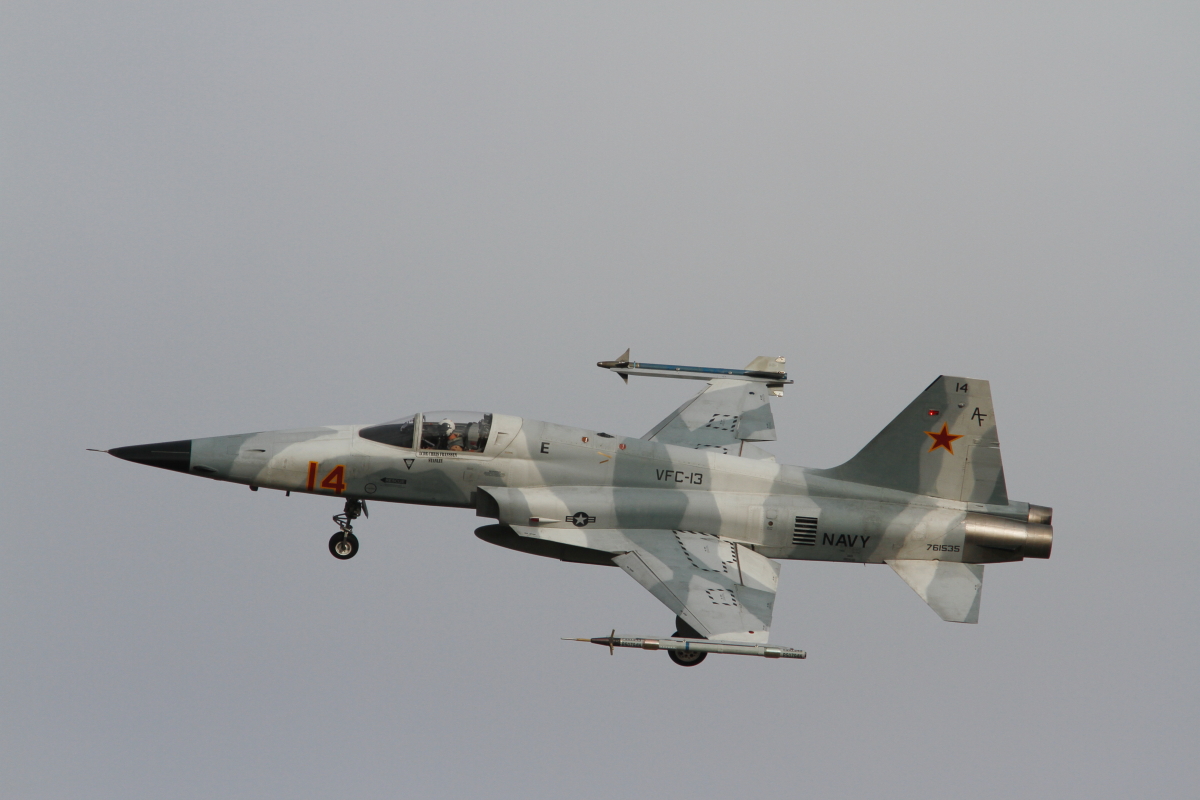 During our base visit we were afforded excellent ramp access to the based adversary units and had plenty of opportunities to photograph taxiing and departing aircraft. Thanks to the outstanding hospitality and patience of our friendly host  mr. Zip Upham, we had a great day, despite the rather dull weather. 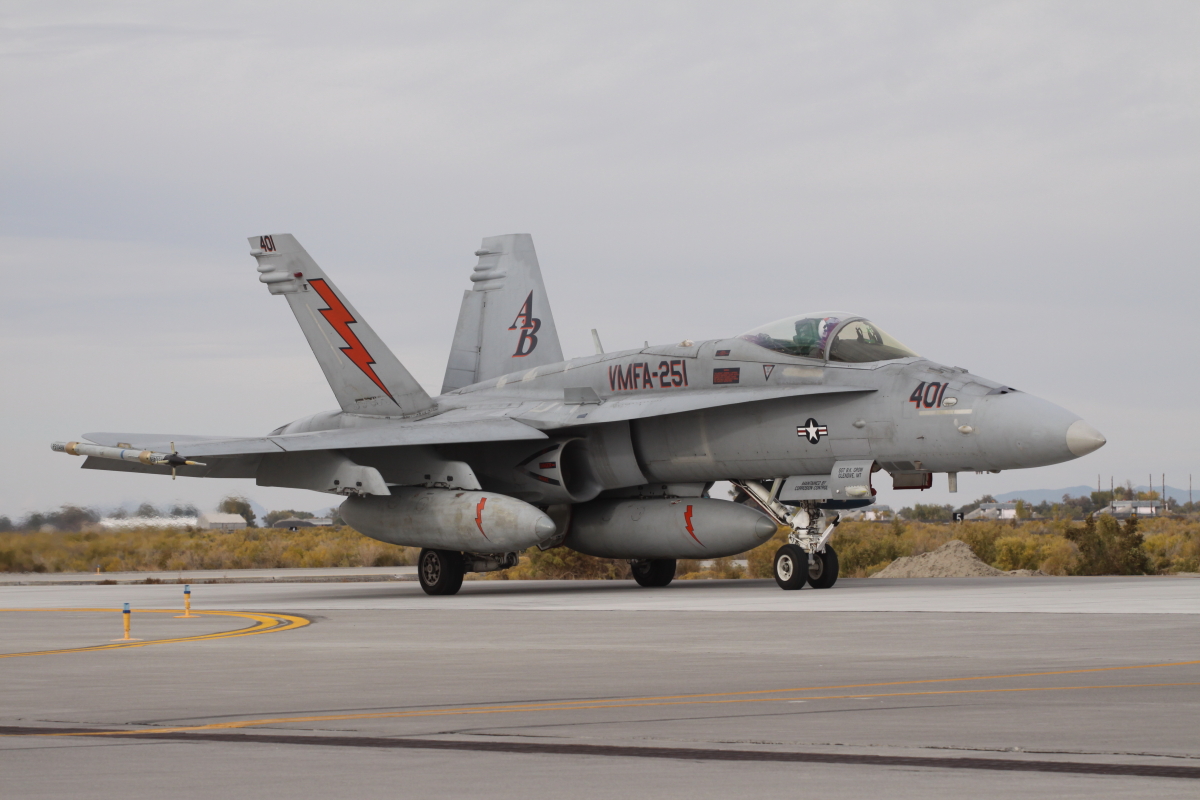 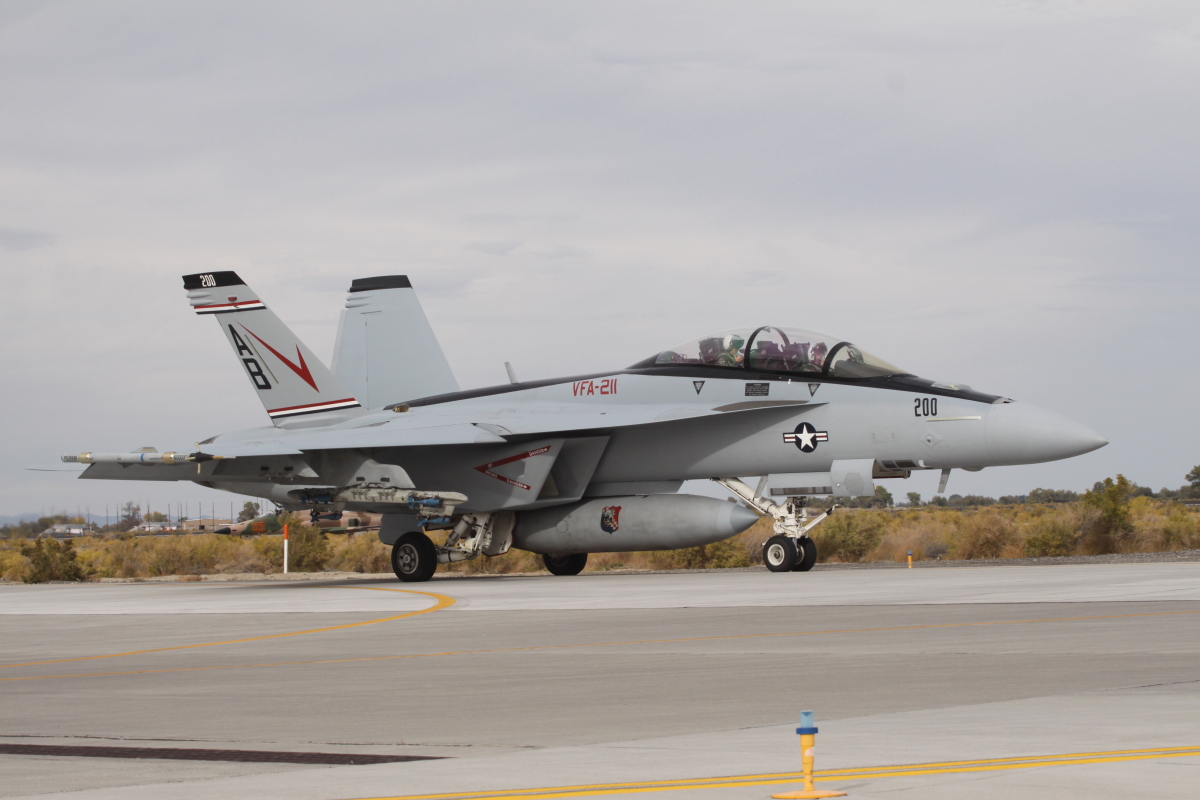 …and of VFA-211 Fighting Checkmates